Love is the most powerful and still most unknown energy in the world. Pirre Ceilhard de charidin (1881-1955) 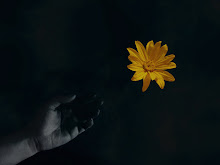